This was originally meant to be a big day out, bagging three peaks in a circular walk.  The original plan was starting from Wasdale Head, up Pillar, across to Kirk Fell and then back over Great Gable and down to Wasdale Head.  As the weekend drew closer it was becoming apparent that the weather gods had decided they didn’t agree.  Storm Deirdre was heading in from the Atlantic and due to meet a big patch of cold air sitting over Northern England.  Most forecasts were showing heavy snow across the upper half of England and up into Scotland along with strong winds as Deirdre blew herself out.

In the event it didn’t work out that way.  The snow landed further North which was a big help with the driving, but the winds certainly turned up.  Forecast for the tops was 60 – 70 mph which I think was fairly conservative.

The walk up Mosedale was pleasant enough, there is not much of a path to be seen on the ground once you pass the fork but it is easy navigating in a straight line.

Passing up between Green Crags and Elliptical Crag the ground gets fairly steep and rocky but it is easy enough to pass.  As I put my head above the col at Wind Gap it became clear why it was named so.  From that point on it was constant wind making walking very difficult.  I was knocked over a few times by gusts.  The temperature was well below freezing and the wind chill must have been at least 20 deg below.  The ridge path was a welcome relief from the broken rocky ascent.  On a good day the final ascent up to the summit would be a pleasant walk.   There is a small shelter on the summit which was facing the wrong way and catching all the wind so I set up on the other side in what little shelter I could find. 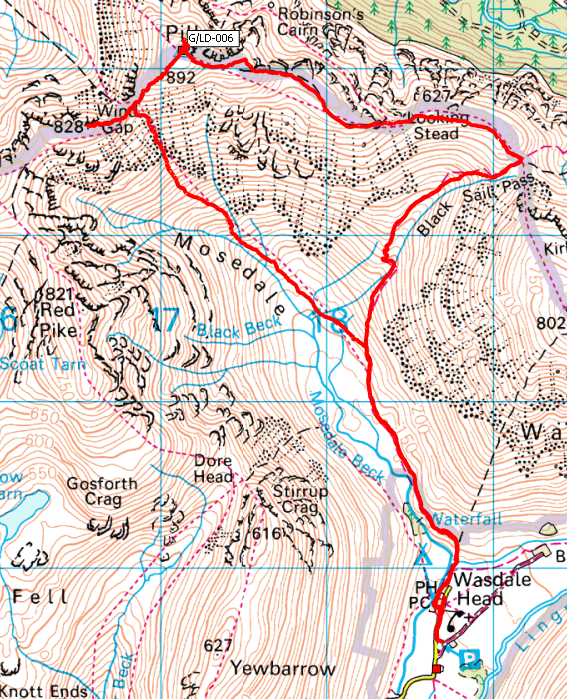 It was so windy I didn’t attempt to set up the beam, I just operated from the Nagoya on top of the radio. I soon made six contacts and was on my way.  By this time visibility was down so about 20m and the winds were getting stronger.  I headed down towards the path over Black Sail Pass but it was a real challenge.  It took me an hour to get back down to the pass, a walk that should have taken no more than 30 mins.

By the time I got to the pass it was clear that continuing on up Kirk Fell would be an issue.  The wind chill was starting to affect my vision and the constant buffeting was really exhausting.  At his point I decided to drop off down Black Sail and call it a day.  The other two would still be there tomorrow, I wanted to be sure that I would be there as well. 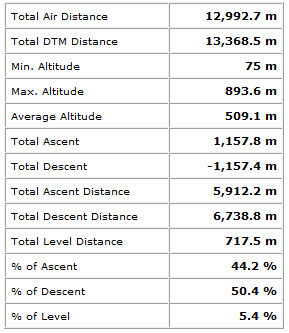