Another early start, met up with Peter on the motorway before heading over the bridge and into Wales.  Weather forecast not looking great and once the sun came up this was confirmed out of the windscreen ahead  Not expecting to see the sun today!

First stop, Cefn Yr Ystrad. Probably not a summit I would have ever done if it wasn’t for SOTA but it turned out to be an enjoyable challenge.  There is room for two cars to park in the entrance to the water works so long as you park at either end and not in the middle of the pull in.  The post code given below is nearby but you will have to navigate the last bit from the map.  After a bit of a climb at the start you arrive on the flattish top.  There are tracks but none of them go to the summit.  In good visibility you might be able to see the summit, I don’t know though as we could see no more than a couple of hundred metres.  There are a number of point features marked on the map which can be used as way points to navigate towards the summit. 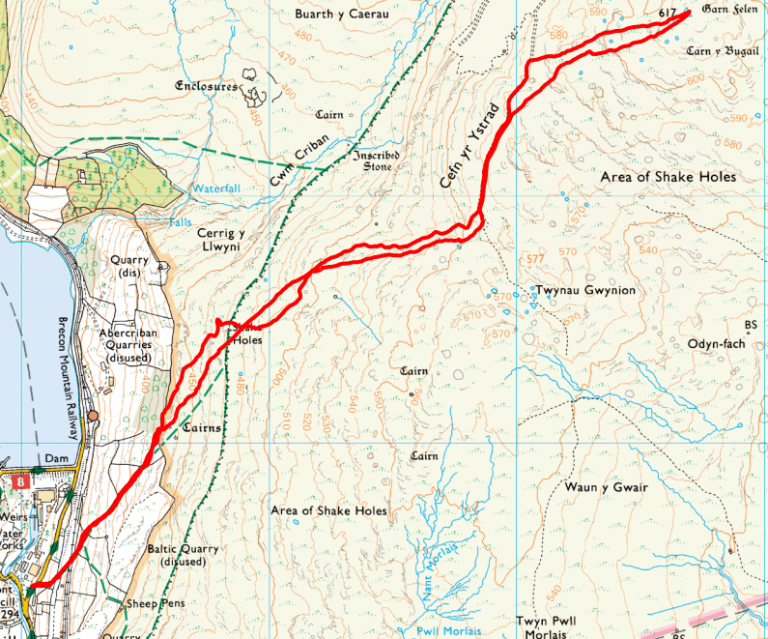 Starting from a known start point we navigated by pacing on a bearing from point feature to point feature until eventually we saw the summit trig point appear from the gloom.  We set up the station using the hole in the trig point to support the mast.  I soon made eleven contacts to clear the pile up so we rapidly packed up and headed back to the car.  The return is easier to navigate as there are a number of catching features that can be used to navigate back.  We headed in a straight line back to the last track and then followed this to find the path back down to the car. 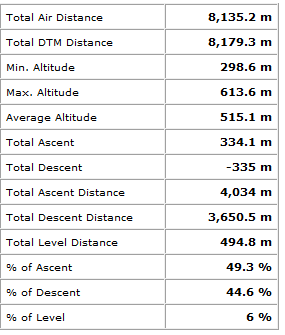 It’s a short drive from Cefn Yr Ystrad to Waun Rydd.  As usual the car park was full but we managed to squeeze in a place on the side.

The walk up Waun Rydd was pleasant and occasionally we managed to get a glimpse of the views. As we got higher though the weather deteriorated and once we passed the 600m mark we started to see lying snow in patches.  Fortunately although it was wet it was not too windy.

We managed to keep up a good pace on the way up and reached the summit in just over an hour.   On the top it was blowing a bit,  probably about 10 – 15 mph which with the wet and the cold was enough to make it rather unpleasant.  We set up the station next to the cairn and soon has another ten contacts in the log.  We didn’t bother with the detour to the memorial this time as by now we were both soaked through and very cold.  Instead we made a rapid decent, getting back down to the car in about 50 minutes.

The drive from Waun Fach to Tor y Foel is a bit longer and I couldn’t find a postcode any nearer, the one given will get you to the final junction then just follow the narrow road up to the parking spot. 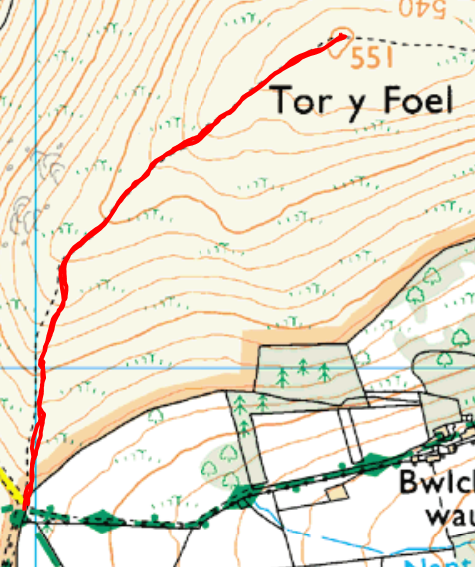 The route up is uneventful, there is a fairly obvious path, follow it and you will get to the top.  This is another hill I have overlooked in the past, brought to fame by the SOTA programme.  The visibility was still poor and by the time I reached the top conditions had deteriorated further.  I set the station up on the small excuse for a cairn marking the top.  I didn’t guy the mast as it was getting late and I had left my head torch in the car, I needed to be quick on this one before it got too dark to see the path back down.  I did struggle a bit to hold the mast, the radio and the mike whilst still operating and then to make matters worse the battery on the radio gave out and had to be replaced.  After changing the battery I though I had switched the recording back on but after the main pileup had been cleared I noticed I wasn’t recording anything.  Disaster..! I knew I had completed one QSO before the battery ran out so I needed another three to secure the points and I had already cleared all the easy ones.  Desperately I started calling CQ again on 144.500 and eventually managed to work a couple more stations.  By this time I could see I was about to lose the light so decided in the interests of safety I had to pack up now and get down before it was too dark.  It was not that big and I could always go up it again on another day.

I got back to the car just before it became to dark so timing was spot on.  By this time I was wet right through and extremely cold, but luckily I had brought a towel and some spare clothes so was soon warm and (mostly) dry.  The remains of my flask went down well and warmed from the inside.

When I got home I played back the file from Tor y Foel and with great relief realised that I had four confirmed QSOs recorded. I also had another three that I recorded calling me that I know I worked so I have logged those as well.  I think I also worked 2W0FLW but didn’t have any record on the bits of recordings I have so I have not logged him as I can’t confirm the contact. 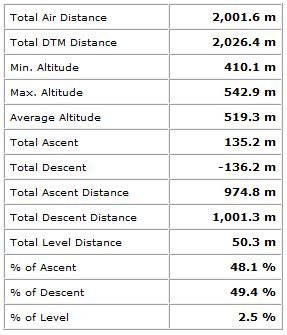