A weekend break on the Welsh coast delivered the chance to have another go at these three peaks.  This time with the weather a bit warmer and some sunshine promised.  This year we were staying to the South of the route so the approach to the drop off point was along the lakeside road around the Nant-y-moch reservoir which has some wonderful scenery. 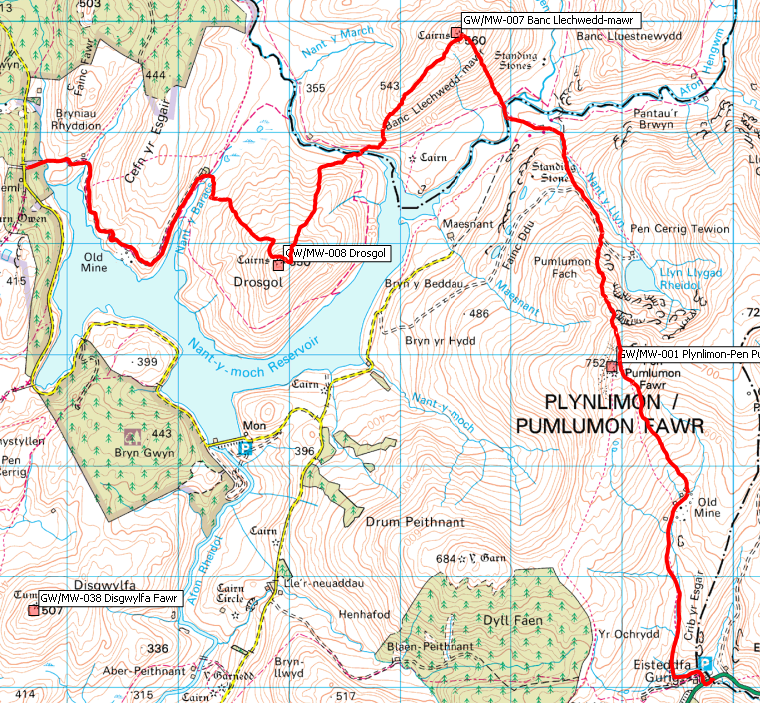 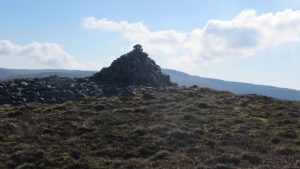 The route up to Drosgol summit is straightforward along the lakeside track until Nant y Baracs.  Choose a point here to leave the track and head East up to the top of Drosgol.  There is no best route but there are a number of tracks made by the farmers quad bike that can be followed at times to aid progress.  Otherwise it is just a slog up through the undergrowth to the top.  The views from the top are worth it though on a clear day.

Conditions were not the best for contacts but fortunately Allan GW4VPX was also out activating this day.  I heard his call just as I was entering my spot into APRS so soon had him in the log.  It took me a quarter of an hour to get another five contacts for a total of six from Drosgol.  This time I made sure the radio was recording properly as well. From Drosgol Descend NE down to Afon Llechwedd Mawr.  There is a footbridge located at SN 766 888.  It’s not marked on the maps and I had forgotten to mark it on mine but at least this year I knew it was there.  From the summit take a line directly through the 454m spot height and extend to where it crosses the river.  The footbridge is there.   The descent and following ascent are entirely over rough ground.  There is no track that I have found other than again the odd bit of quad bike track that rarely goes in the right direction.  Once you reach the false summit at 543m the going is much easier accross and onto the true summit of Banc Llechwedd-mawr.  Here there is a summit cairn and a shelter which was welcome as even though the sun was shining the wind was bitter.

I set up the station and again contacted Allan who had waited on his summit for me to get here.  Thanks Allan.  Again it was har going to get the contacts but I eventually managed six in the log. From Banc Llechwedd-mawr. it is an easy decent down to Afon Hyddgen/Afon Hengwm.  Again there is an unmarked footbridge, this one located at SN 779 891 on the short section where the river turns North-South.  This is a nicely sheltered spot so I took the opportunity for lunch sat beside the river in the sunshine.

After lunch it was time for the big one.  This is a real slog up here as apart from a short section it is almost all off piste through long undergrowth.  This time with the wind in my face as well.  Following the footpath from the river up to 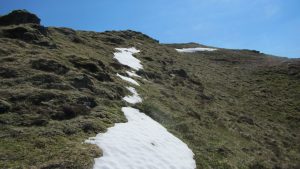 the track, don’t be tempted along this, cross straight over and make directly for the marked track up at the 463 spot height marker.  From here a short releif South along the track until it starts to drop away at which point it’s time to say goodbye and head South up to the high ground.  Once you get to the 668m spot height keep an eye out to the right, there is a faint track over there somewhere that will take you to the summit.

It was busy at the top.  Having not seen anyone all day I was surprised to find the shelter full and a few other folk milling around.  I set up the station beside the trig point.  The wind was fierce by now and this was the only shelter I could get.  I soon realised that there was something wrong with the setup as I was hearing Allan again when I arrived but as soon as I swapped over to the Long Ranger antenna I couldn’t hear anything.  I swapped back to the Nagoya duck antenna and managed to log my four contacts but it was a struggle with only five Watts.

The descent down to the A44 is easy enough with a clear track all the way back to the road.  I was soon back down in the car park waiting for my lift.  Unfortunately I was an hour and half early so had a bit of a wait.  It was worth it though for another glorious day out in the Welsh hills. 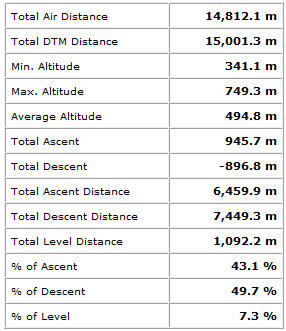