Another early start to try and get into the car park before the crowds.  Arrived at 8:45 but already the car park was full and they were parked down both sides of the main road.  Ended up parked in a pile of mud a quarter of a mile down the road from the Storey Arms. Weather was meant to have been reasonable but as usual Fan Fawr top was missing in the cloud.  There was another of the interminable races one again but this one was going up Pen Y Fan today so at least it was quiet on Fan Fawr. 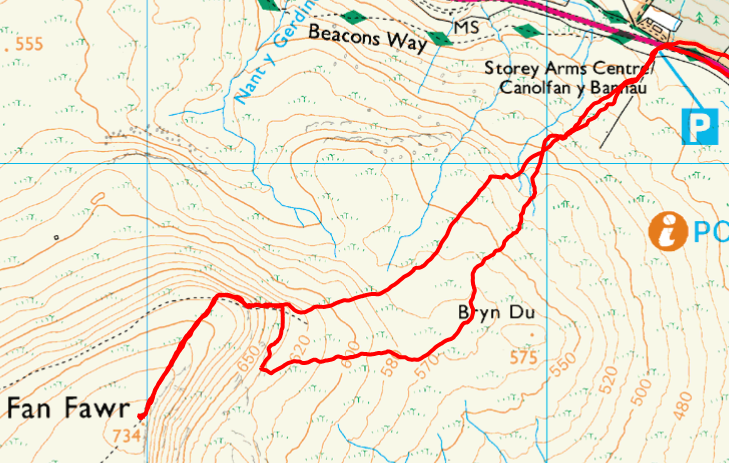 I tried to follow the path up as usual but soon lost it in the murk so ended up aiming for the steep ground then using the aspect of slope approach to find the path up.  The ground was frozen solid which made the steep section of the path interesting. Instead of the usual grippy mush it was more like polished ice. In places I had to abandon the path and clamber up the grass.  Wished I had brought the ice axe!

Summit was deserted.  Wind was blowing across gusting up to about 30mph making it very cold with the wind chill.  I set up just beyond the cairn and pulled out the two man shelter to operate from.  I soon made the required four contacts. The band seemed quiet and as there was no one else calling I packed up and made my way back to the car for some lunch.

The route back down was not nice as by this time it had started snowing and it was blowing directly into my face.  By the time I reached the car I was fairly covered in snow although it wasn’t settling on the ground.  Debated breifly whether to abort the second ascent as I was worried about getting the car out if the snow settled and with the expected crowds up there it wouldn’t be the best climb ever but in the end I decided to go for it anyway.

The climb up Pen Y Fan was the usual slog, dodging the tourists and wondering at the totally inadequate kit some people went up in.  The path was very icy towards the top and visibility was really poor.  I only realised I had reached the col because of the change in the aspect of the slope.  Went up and over Corn Du just for fun.  Found a bunch of tourists stuck half way down the steep rocky section trying to descend in trainers.  Crossed to Pen Y Fan summit and managed to find the cairn.  The race team had a radio set up somewhere, I never saw them but could hear them operating nearby.  I set up my station a little way away and soon made eight contacts.

The decent was a challenge, trying to avoid the tourists slipping down the path as much as anything.  Most of the way down it was easier to avoid the path. 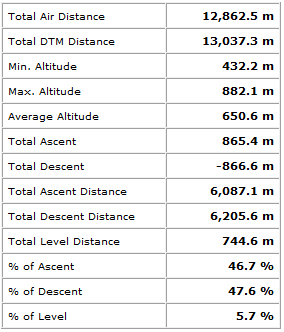