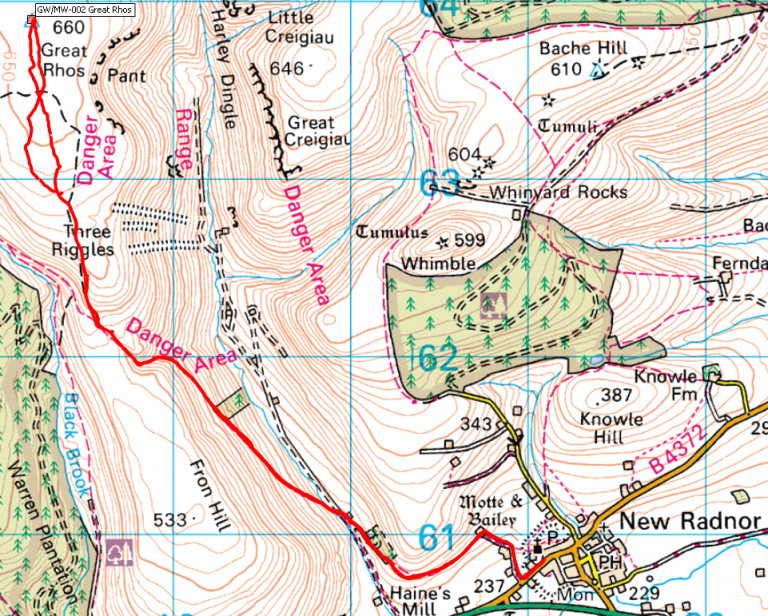 I arrived in New Radnor about 8:30am for an early start.  Parking is on street in the village but there is plenty of room so not a problem. For a change the weather was forecast to be a bit kinder today although it was still overcast.

The route up to Great Rhos is fairly obvious and not too steep, following a clear track until you reach the summit plateau. 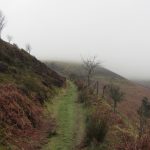 To the East is a large firing range which appears to be still in use so make sure you avoid this.  It is clearly marked on the maps and signposted as you ascend the track. 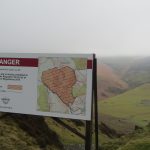 At about 620m the track disappears and as this is not yet within the activation zone you will need to resort to some old fashioned nav to find the summit trig point.  On the day I activated Great Rhos the summit was in cloud with visibility around 50m so no chance of spotting the high ground.  Progress across the plateau is slow and hard work unless you can find a track to follow.  It is typical Welsh moorland bag with what looks like a fairy even cover of undergrowth hiding clumps and hollows at about knee height. 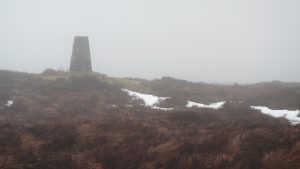 Every step was a lottery between sinking into the wet depths or straining your ankle on the side of a high clump.  Take it slowly and allow plenty of time.  When you reach the East to West fence about 250m South of the trig point, find the gap and there is a sort of path from there to the trig point.

As I arrived at the trig point I heard G1NCG calling on the ~GB3WH repeater in Swindon.  I tried to get back to him but couldn’t open the repeater with just the whip antenna on the WT.  I set up the station using the trig point to support the mast and tried again to reach WH, this time with no problem. I was able to reach Ken and arrange a sched on simplex. 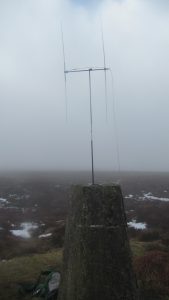 Switching to simplex FM I was soon on the receiving end of a mini pileup and rapidly put nine entries in the log but I couldn’t hear Ken G1NCG.  Switching back to the repeater I contacted Ken and he made some changes to his station before we tried again.  As soon as I called simplex I picked up another two chasers for the log who I must have missed first time and then I received G1NCG 5/9 calling me which added the twelfth entry in the log.  It seems he was having a problem with his antenna which he managed to resolve.

By this time the cloud was starting to clear and I could appreciate the views from the top. 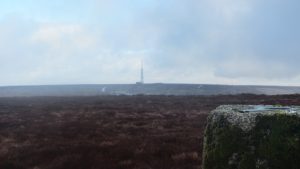 Off to the North East the radio tower on the top of Black Mixen was clearly visible.

The clouds clearing certainly added to the enjoyment of the walk but the return from the summit is not obvious even with the benefit of a bit more visibility.  Follow the path leading South as far as the fence but shortly after that the path disappeared so a bit of careful navigation is required to pick up the end of the track again.

Once you find the track it is an easy route back to the village and if you get a clear sunny day as this one had turned into then you will enjoy some wonderful views out over the hills of Radnor Forest. 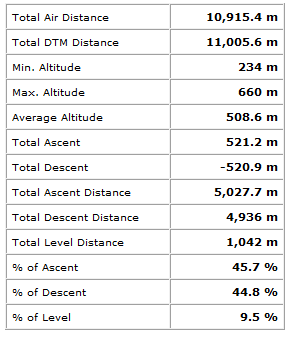