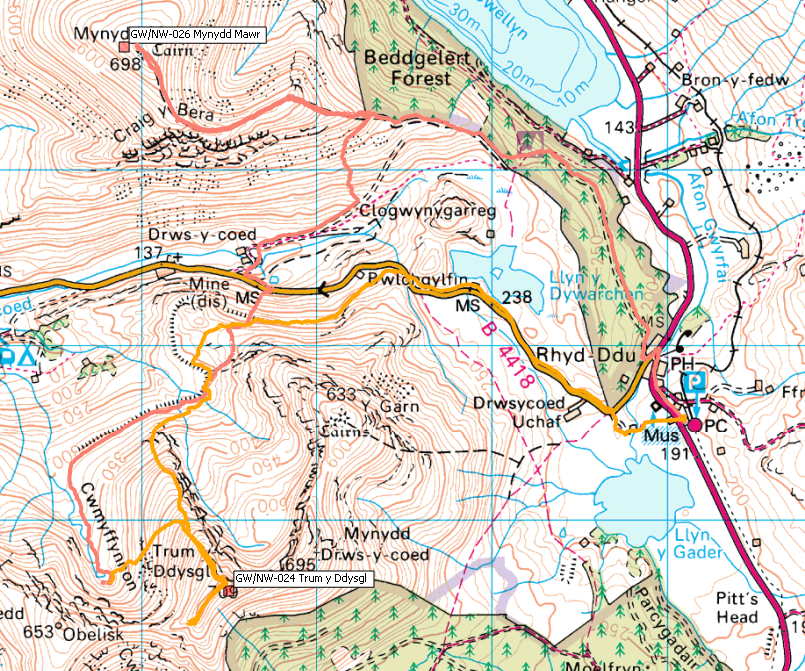 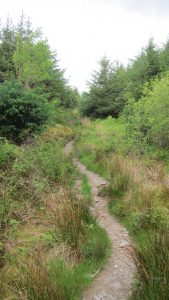 We arrived at the station car park at Rhyd-Ddu on the Saturday lunchtime after an early start from Wiltshire that morning.  Fortunately after six hours in the car it is a pleasant and fairly easy walk up through the forest to reach the access land at SH 560 540.  From here heading West there is a clear track leading up to Foel Rudd and beyond to the summit of Mynydd Mawr.  Follow the fence line until you regain the access land at SH 553 543. From there it is a fairly steep path in places but not requiring any more than good walking skills.  Once you reach the summit of Foel Rudd the path levels out for a pleasant walk around the ridge line and on up onto the summit of Mynydd Mawr.  Once on top we set up the radios and soon had seven contacts in the log.

From the summit of Mynydd Mawr we descended by the same route we came up until we reached the edge of the access land where we turned SW towards our planned spot to camp for the night.

There was a path of sorts on the NW side of the fence so we decided to follow this but it was a mistake. We needed to lose height but the path contoured around the mountain.  We ended up descending rough ground to reach the valley floor.  We should have crossed the fence at the stile and continued down to pick up the track marked on the map at SH 555 541.  Once we eventually reached the track it was an easy route out back to the road at SH 545 533. Turning left onto the road, 150m to the East there is a gate of sorts that lets onto the access land on the South side of the road.  From here it is a steep ascent through thick undergrowth  to reach the wall on the ridge above. 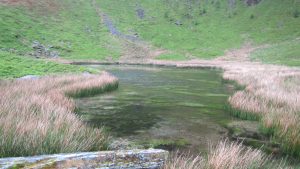 Dropping down the other side of the ridge there are bits of paths here an there to follow until reaching the Cymyffynnon valley where we headed South into the bowl and to our destination for the night beside Lyn Cymyffynnon.

In the morning we woke to incessant rain which rather put a damper on proceedings.  With breakfast done and the tents packed away we headed up the flank of Trum y Ddysgl.  With the alternatives of the steeper ground to our right and a longer route to our left we picked the best route we could find up the hill.

There are no paths up and when we were there the whole hill was deep in vegetation.  It was a hard climb up.  Eventually we reached the ridge line which was a little easier going but still tough.  The summit was a welcome sight for sure although enveloped in thick cloud so no views at all.

The other two set up their radios but mine did not survive the night.  When I tried to switch it on after breakfast it would not start so I was reduced to sharing with Richard.  We called CQ but really struggled to make any contacts.  After much perseverance we managed to get two contacts in the log but not enough to qualify the summit unfortunately.

Eventually we gave up trying.  The wind was bitterly cold and we were wet through from the rain so we decided to call it a day and head back to the car by the same route we came in on.  The return was uneventful.

Overall we had an enjoyable weekend even if we didn’t manage to achieve all our aims.  It was worth it for the experience and great to get back out wild camping again. 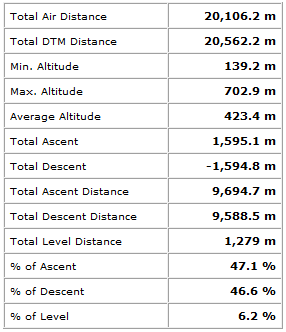