Sunday and another early start, this time planning to ascend the Devils Kitchen and up onto Y Garn. 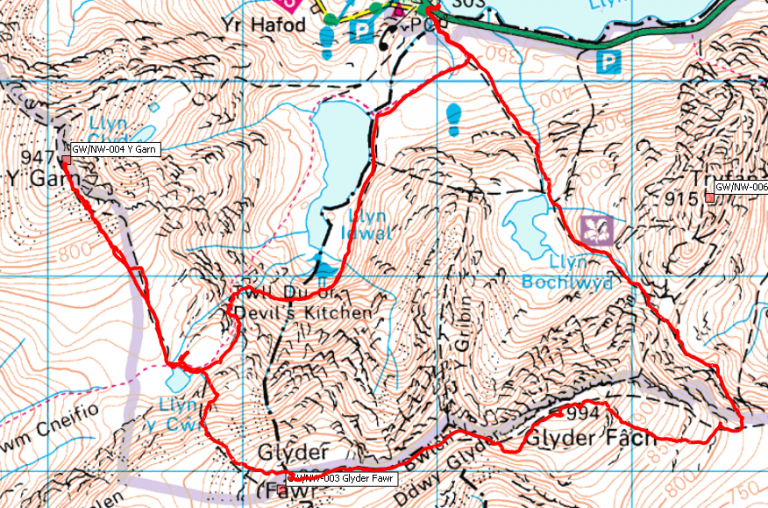 Normally this is a long but quite easy paved route, today though the path was barely discernible under deep  snow and ice.  Eventually reaching Llyn Cwn we turned North in conditions approaching white out at times.  We eventually summit-ed and found room in the small shelter on the top.  It was fairly busy on top even given the poor conditions. 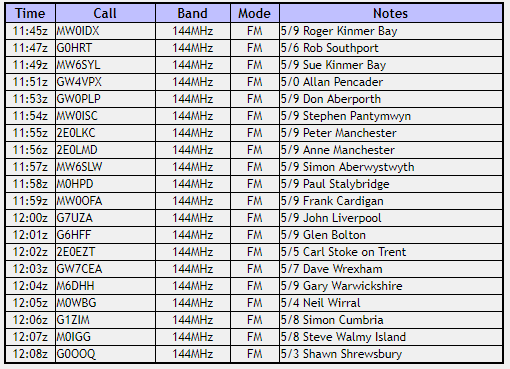 After making twenty QSOs from Y Garn we were all pretty cold and pleased to head back down to the col. Conditions were deteriorating for the afternoon with rain forecast lower down but blowing blizzard conditions on the tops.

We reached Glyder Fawr a couple of hours later where we found shelter beside a few large rocks marking the summit. By this time the other two were fairly cold and wet so they weren’t over pleased when I put another seventeen contacts into the log, including  couple of summit to summit contacts 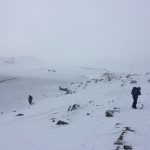 It was still a long walk out but as we started to lose height the wind dropped and the weather improved. We finally got back to the car just as we lost the daylight. 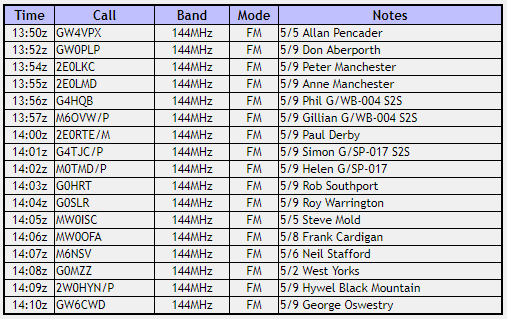 In total over the weekend we activated four SOTA summits worth 48 points and made 53 QSOs over much of the North West and Midlands regions.  We climbed nearly 3000 metres of mountain and spent 17½ hours out walking.